On the 29th August 2018, the DOF Subsea-operated Skandi Hercules vessel, under contract to ConocoPhillips Barossa, successfully completed a geophysical and geotechnical campaign of the Barossa infield area and Gas Export Pipeline corridor.

Results from these surveys will help to optimise planning and design of the final pipeline route, subsea manifolds, and FPSO anchor locations.

The 90-day campaign was split into two phases. Commencing with the geophysical survey in May, the vessel traversed the infield area and pipeline route running lines totaling 1484 km.

As these lines are run, instruments deployed from the vessel acquire accurate data on the water depth, seabed features and shallow soil characteristics. From this vast quantity of raw field data and samples, post processing and interpretation enables 3D geophysical maps to be created for use by the design engineers.

The second phase of the campaign was to undertake a more detailed soil investigation using a variety of geotechnical tools and methods. These included drilled core samples from depths of between 10m to 60m below seabed. Deep 60m samples were taken at the FPSO for mooring design, with shallower samples taken at the drill centres and along the flowline routes for manifold foundation and pipeline design.

Using a combination of geophysical and geotechnical data, a geological model of the infield area and gas export pipeline route can be built.  This enables safe foundations to be designed for the moorings and large structures and ensures that the pipeline is designed to be stable on the seabed.

The project was fortunate to have the Skandi Hercules for this campaign. It is a large vessel and much more capable than would usually be available for site investigation work. The result has been less down time due to weather and has enabled the surveys to be completed on-time and within budget. 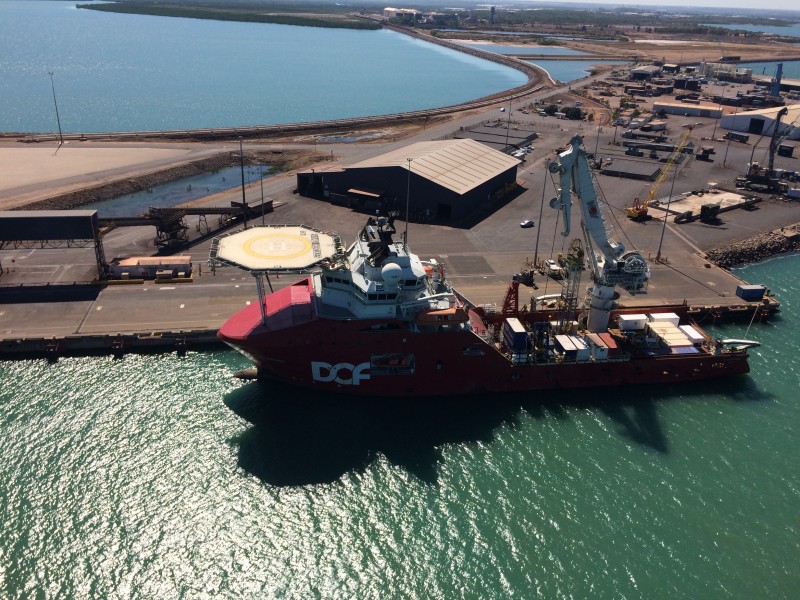